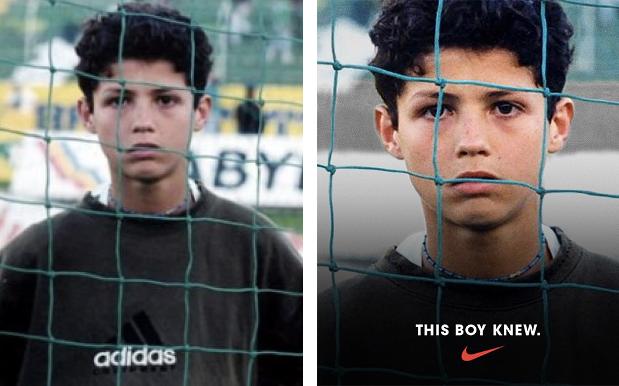 Much like when P Diddy savagely cropped out the Jenners, Nike have went about a not-so-sneaky crop of Adidas branding in their new ad.
The new ad, tweeted by Cristiano Ronaldo, shows the world class football star as a kid sporting a black sweat with the Nike branding. The Instagram caption from Nike reads “Nobody believed a boy from Madeira would make it to the stars. Except the boy from Madeira,” — Nike back at it again with the emotional ads.

Yet the Hypebeasts of the streetwear world have noticed the savage crop of Adidas branding from the OG picture. If Adidas wasn’t Nike’s biggest competitor it would be a blasé sitch, but we’re adding this into our pile of cringe-worthy advertising. See the tweet from the man himself below …

Virtual KAWS Tour To Animal Crossing: How To Spend Your Easter Long Weekend At Home