Remember the biggest gee-up of 2017, when news broke of Taco Bell making its way Down Under?

Yeah, we’re still bitter that they decided on Brizzy for the chain’s only location whilst the rest of us suffered with crusty Mad Mex feeds.

Taco ‘bout a stitch up.

It’s taken the company a total of 2 attempts to find a market through the haze of golden bridges and dirty birds, but Taco Bell have finally pulled through to spread their (spicy or mild) Mexican goodness all over Aussie soil.

The expansion into Australia is well underway with restaurants expected to open within the next 12 months, making competitors like Daddy Guzman and the poor man’s Mexican, Mad Mex quake at the arrival of the Big Bell.

Although there’s no official word of where the stores are set to first pop up, our bet is on Sydney.

We can smell the 3am drunken feeds already, bravo America. 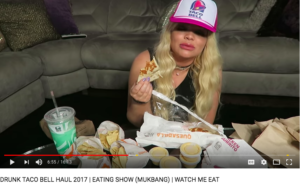