Perth’s iconic single stage festival, Hidden, is officially coming back next year with a major lineup.

Not only are we being hit with some big names, but the festival has decided to expand, having dates in Sydney, Brisbane, and Auckland as well its home of Perth. 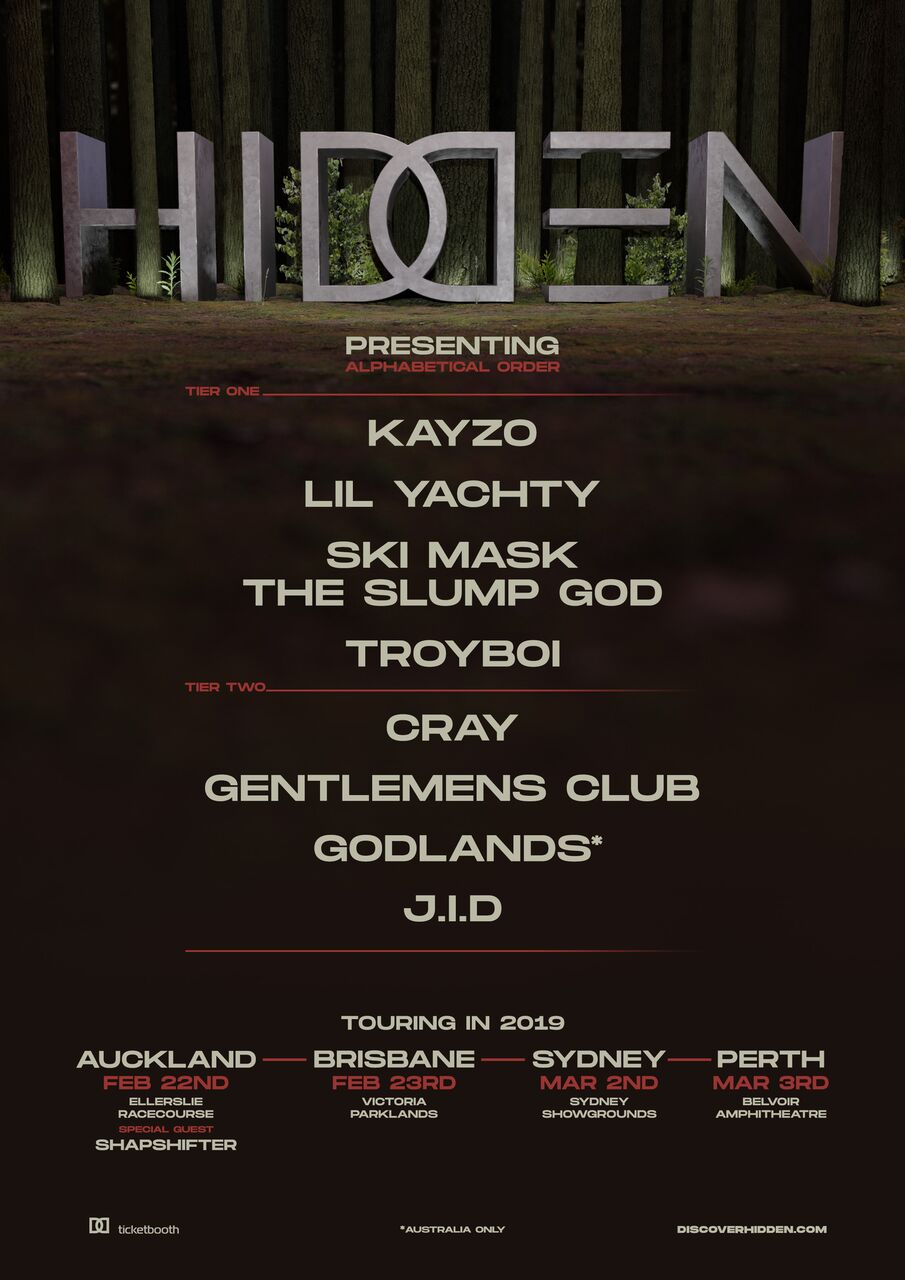 We’re now all sharing the mega lineup led by none other than Kayzo and Lil Yachty, with other huge international acts including Ski Mask the Slump God, UK trap king Troyboi, J.Cole’s collaborator J.I.D., Aussie-own trap queen Godlands and more.

This is Hidden’s biggest year yet, lineup-wise and location-wise, so we’re expecting tickets to sell out as soon as they drop.

Tickets release at 7pm on Thursday, December 6th, 2018, so be sure to snag your spot here, in order not to be left with serious FOMO.