We chatted with Dean Hanson from Ball Park Music ahead of their national tour this month.

To sum it up Adam Goodes became their muse for their new album unknowingly, Nihilist Memes are depressing as fuck, doughnut milkshakes can go to hell, and Frank Ocean sabotage their album release.

Congratulations on Every Night The Same Dream landing at #3 this week on the ARIA charts, how does it feel to be the third best album at the moment?

Thanks, it always feels great to chart.

You aren’t number one yet, you guys need to step up your game.

I know, I’m going to blame it on Frank Ocean deciding to drop his album at the same time *laughs*

Two years of him dropping it ‘this Friday’ and he drops it exactly when you do. Sabotage I say.

I know but it really has been great⎯ our record has been received really well by all our fans! 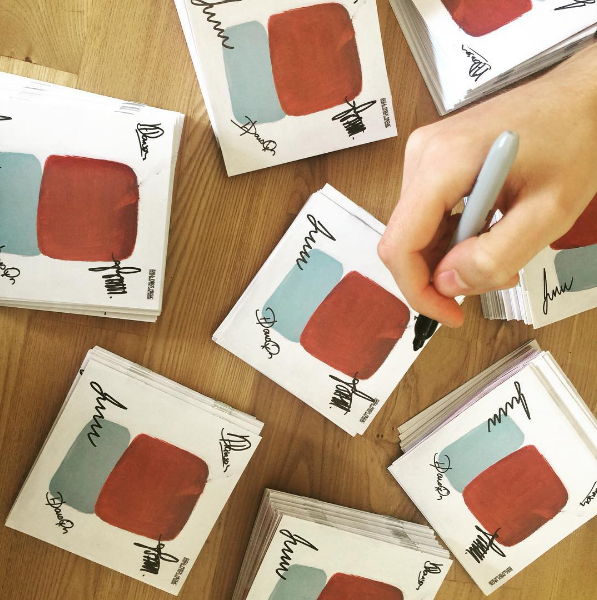 And you seem to have really expanded on your sound, it’s great to hear almost a psychedelic feel to it. Did you have a certain creative process or instigator that started this?

We never made a conscious decision to push it in that psychedelic direction. We decided to record the album live, meaning we played it all together in the same room with no digital recording equipment. We just tried to treat it as if we were jamming out, so that rawness ends up causing a psychedelic quality I guess.

So it was just a natural sound progression then?

Yeah and more unexpected then anything you know? It was Ball Park Music mixed with a bit of psychedelic feel to it.

Even though it was unexpected, do you find there is a fine line between this experimentation and staying true to the core sound that won your fans?

There is a fine line, but we were leaning on the experimentation side with this album⎯ everybody in the band has a songwriting credit somewhere on the record. Whereas in the past it has been very much Sam as the core songwriter, so a collaboration like this was always going to naturally end up with different sound to the one the band has previously identified with. 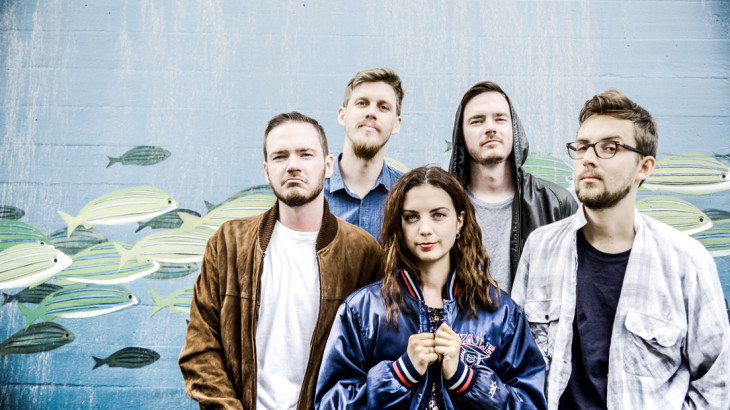 And you wrote the song Blushing, which was the first time Sam has sung anything that wasn’t written by himself. How was the creative process?

It literally started by as simple riff I was playing Europe, which then Sam brought it up a few months later and I was really reluctant to share it because I was so self conscious.

So it all started with a riff as a basis?

Yeah exactly, though the song really started off with the lyrics ‘you shouldn’t have to feel this way’. It was at the time where Adam Goodes got booed on the field and it just really annoyed me that he had to step out and say why he was upset and offended at it⎯ that then all eventuated into what Blushing is today.

So it all started with an AFL scandal? That isn’t the usual muse for many artists *laughs*

Well that’s how the lyrics to the chorus started, it was the basis for it all. It was mixed in with the verses were really just a projection of what was happening in my life too, it all is a really mixed meaning song.

And your Whipping Boy video is amazing, it looks like you just hired a guy, gave him a bunch of acid and let them run free with it. How did you come up with the concept of it? Please tell me acid.

*Laughs*  I really wish it was that exciting, it definitely wasn’t as crazy as acid.

So no hallucinogens were consumed in the process?

No, unfortunately not *laughs*. It all started with the band mucking around with a virtual reality set. We all thought that would be really awesome if we could somehow incorporate the 3D shapes we could see in the VR set into the film clip.

And your Nihilist Party Anthem clip is the complete opposite of the spectrum, it’s a black and white clip of you recording your song with your thoughts laid over the top.

Yeah that was another funny one to make *laughs*,  I actually filmed that clip myself and then when we were watching it back Jen pointed out that you could see that moment where she was like ‘fuck I made a mistake’.

We all had a good laugh about the random thoughts that were going on in our heads when we were recording, that’s when the ideas snowballed and we thought to create this video clip to be an IRL meme of our lives.

Speaking of memes, is the Nihilist Party Anthem video clip actually based on a meme page?*laughs*

It is! Sam was in NY city last year sometime, he missed his partner and was just feeling really down in general. Then he stumbled across a meme page called Nihilist Memes⎯ a page just dedicated to grim-ass memes *laughs*. 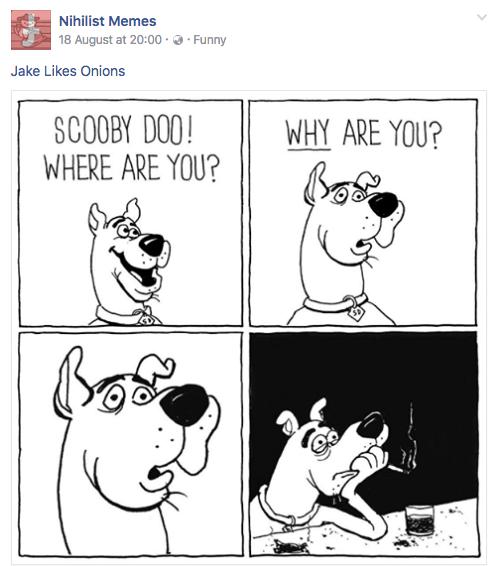 They aren’t the usual cheerful meme’s then?

Definitely not, they are all about how life is meaningless, they are just so depressing that it somehow makes it funny *laughs*.

Just to wrap things up here on a happier note, what is one thing that is ‘cool’ right now that you think just needs to fuck off?

I’m going to go ahead and say doughnuts in milkshakes, with all that rubbish in them, it really pisses me off. We have kids dying of famines and here we are putting bloody doughnuts in our milkshakes.

*Laughs* I had this same conversation with The Cut team the other day, people pay like $10 bucks for a fucking milkshake to end up feeling sick from it halfway through.

That’s exactly right, that trend can just go fuck right off. I would be happy to see the back of that! 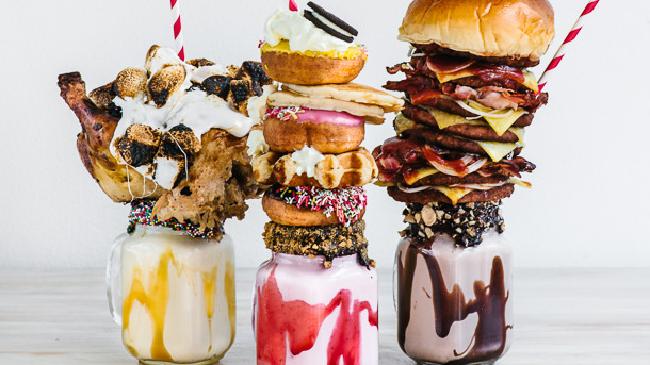 A picture that can fuck right off from news.com.au

You can check out Ball Park Music in all their nihilistic glory at Yours and Owls Festival or their solo gigs nationwide.