We chatted with Seth Sentry ahead of his appearance at the Pandora Warehouse party.

To sum it up— we came to the conclusion that rave outfits can only be appreciated four pills deep, crates that double as chairs can go to hell, and Seth’s biggest fear is becoming the next Nickleback.

It got pretty deep.

It’s going pretty good, a cruisey little public holiday in Melbourne. Well it’s not really a holiday for musicians I guess, I’m just about to go to the cafe to get a coffee and then get back to work.

No public holiday for those who work in cafes either!

Fuck yeah, it was 11 years of my life— I hated it. That’s a third of my life, I’m pretty scarred from it all *laughs*

I never worked in hospitality, but I did work in a dance store dealing with dance mums everyday. I know the pain.

For a second I thought you meant dance clothes for raves! I don’t think they are around anymore but do you remember the big fluro flared pants and just fluffy everything?

Ahhh those were the days, Sydney isn’t quite as big for raves as Melbourne is.

The rave scene has died down a bit in Melbourne too, but it’s those type of outfits you can really only appreciate when you’re four pills deep.

And there is no way of getting out of that deep hole.

Yes and once you’re there, you’re there. Well until it is daylight and suddenly those outfits don’t look so good anymore *laughs*. 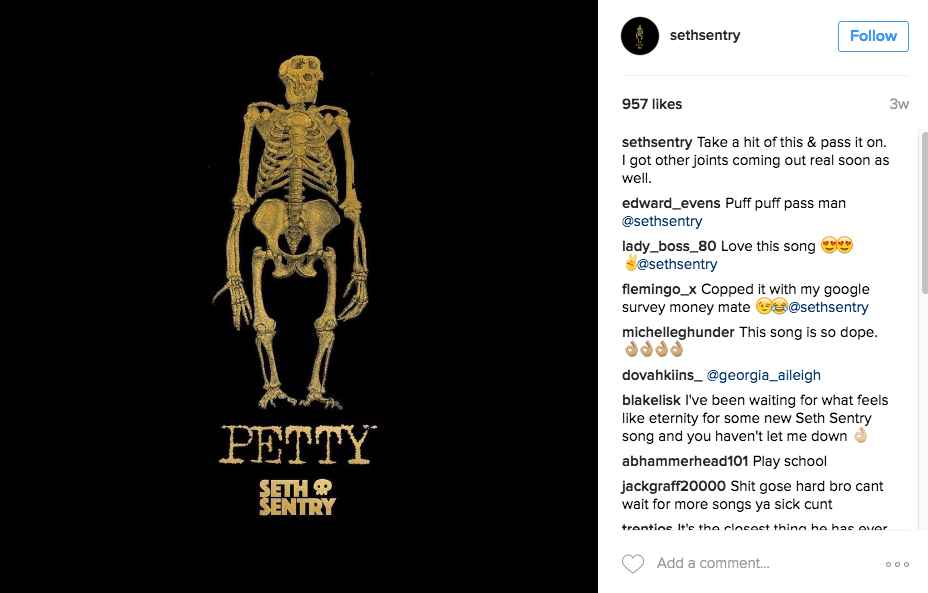 So you’ve just released your new song Petty, was there any specific influence for that song?

Not really, I just really wanted to experiment stylistically with it. We just started playing around with different styles and having that freedom of not being tied down to one direction like you would with an album. I’ve got other songs, heaps of different styles, that I am going to release whenever I feel like it.

Should we be expecting any collaborations in that case?

I can’t say… but in general I don’t like collabs. It can’t feel forced to me, it has to happen organically rather than a ‘you boost my career and I’ll boost yours’ way.

Exactly, none of those bullshit commercial collabs. So when did you start creating your own hip hop?

Fuck, it was a while ago. It was probably when I was about 15 years old, maybe even younger. I grew up in a little beach town, we didn’t have computers or internet— it was just your mates and music, so we used to freestyle a lot.

We never knew anyone rapping in Australia at the time. There was Wu-Tang but we didn’t know anyone else that sounded like us. It wasn’t until we moved to Melbourne and I heard Hilltop Hoods, I remember thinking ‘holy shit people are actually doing this and they are doing it really well’. 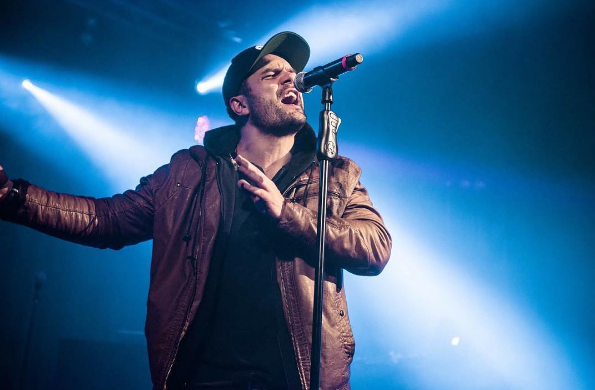 Now flash forward and you have just finished up your nationwide tour in August. Was there any memorable moments on tour?

There was one moment. This tour I tried to make it more professional, so I didn’t do my freestyle rap like I normally do. There was no space for it, except for the very last show… Where the fuck was that? *laughs* Wait… Margaret River, that’s where it was.

Ahh in the middle of nowhere, what made you freestyle at that show?

I saw a rapper I knew from online, creeping in the back corner— hoodie up like all rappers do. I ended up getting him up on stage to freestyle rap with me, everyone loved it, it was great.

Has there been anything weird a fan has done?

Hell yes, there is always the weird ones but they are the best fans.

I think it would have to be tattoos of me, it’s very humbling because it is such a big deal, it’s like on them for life man. I always get worried, what if I become the next Nickelback? No one wants a Nickelback tattoo.

The next Nickelback? That is pretty harsh.

Harsh but true. I feel like releasing a really shit album, just to give them a lesson *laughs* 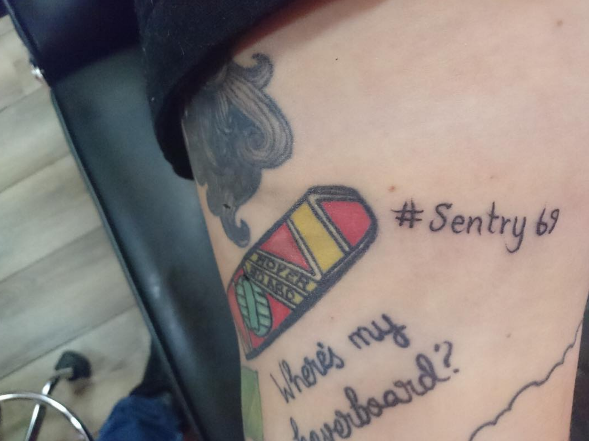 And just to sum it all up what is one thing cool thing that just needs to fuck right off?

I fucking hate when cafes use milk crates as chairs. Surely they can afford proper chairs with all the overpriced coffee they are selling? The worst thing about it is that they makes your ass look like a fucking pineapple when you get up.

Make sure you keep an eye out on Seth Sentry’s socials for his new tracks and check him out at the Pandora Warehouse party.

Words and Interview by Edelle.