There are no losers in beer pong. No need to tear apart friends or family and tap into that place of disproportionate rage. Everyone walks away a winner with beer pong, thirst quenched and stomach’s lined.

While we will always be loyal to the O.G. game, as 3-time-divorcee Auntie Deb says, sometimes we’re all in need of a change. So, here are 5 alternatives to the classic game of beer pong to switch it up.

For all the NBA geeks out here, we present the perfect combination of basketball and beer pong. Arrange your cups in a free throw, mid-range and 3 pointer set up and download any free scoreboard app for added effect. Here’s a sleek basketball-themed beer pong table for you too. Just don’t dunk like this guy.

Probably one of the most genius crossovers ever. Place 10 cups in a pyramid per side, and designate one cup each side as the Golden Snitch. If you’re really committed to this drunken-wizard fantasy, make some Quidditch rings from some wire or pipe cleaners and designate beaters (blockers) and seekers (shooters) to set a real challenge. The best part is that you can always blame a Quirrel curse to make up for the fact that you’re just a bit shit.

This is your normal game of beer pong, except there’s 99% more chance that things will get spicy. Individual truth or dares are placed under each cup to which you have 2 choices if your opponent sinks one: do the dare/confess the truth and leave the cup, or refuse the dare/plead the fifth and drink. Watch the boys from Cosmo’s Midnights squirm as FlexMami hosts a juicy game of Truth or Dare x Beer Pong.

The rules are simple: grab your table and a couple of roombas, care of Mum’s latest infomercial spree of 3 robot vacuums for the price of 2 (it was a steal, she said). Next, tape your red cups to the roombas, hit the start buttons and buckle up. We imagine this would be super challenging sober, let alone 6 room-temperature beers in.

Take note of this one for your pre-drinks meal, or maybe even a mid-drinking snack to line the ol’ stomach. Replace drinks with sauces of your choice in the cups (sweet’n’sour sauce all the way), prep some nugs and get to throwing. It’s basically a win-win for both you and your component, besides the fact that you might need the heavy duty Napisan afterwards.

However you play, REDDS has the beer pong essentials for every game. Plus, it’s all portable so you can kick-on from Christmas at Auntie Deb’s onto New Year’s Eve with the gang. Grab the ultimate beer pong kit here. 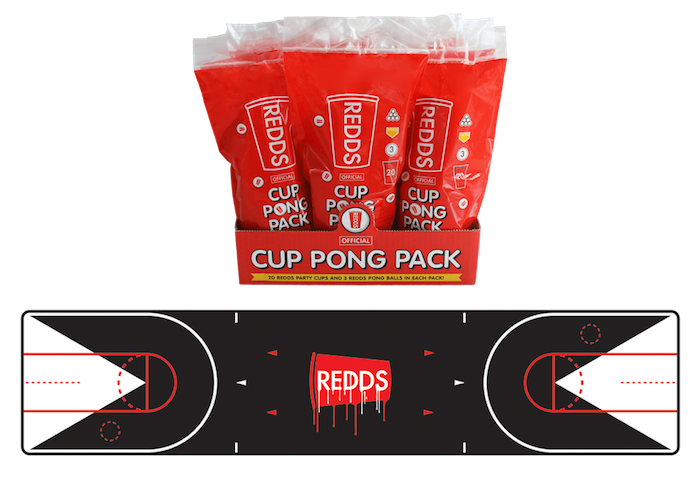